You won’t often see me writing about things I cook because frankly, that’s not what this blog is about. However, in this case, two friends and I made a meal so decadent that it just had to be documented.

If you follow my posts regularly you know pretty well by now that I have a [healthy or unhealthy] obsession with Uni / sea urchin. I will order anything on a menu if uni is involved and I always want more than just one piece whenever I have sushi. Lucky for me I have friends that feel the same way.

One night we decided to take it to the next level and ONLY serve uni. After scouring the web for ideas we decided to re-create two recipes that we had seen online as done by some other bloggers on www.four-tines.com. We clearly had something in common – a serious passion for roe.

I did most of the shopping at Eataly, which, in addition to being an eatery, is home to almost any ingredient you can think of. I picked up two trays of fresh Santa Barbara sea urchin, sliced lardo, freshly baked bread, fresh pasta, good butter and some herbs. My friends were on caviar duty. 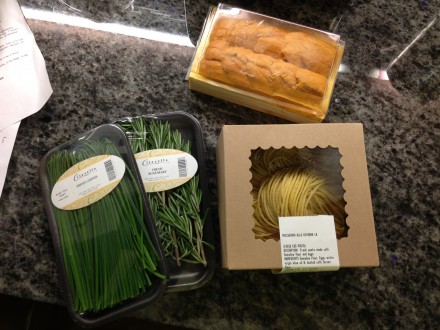 We got to cooking and started with the uni crostini. We adapted the recipe slightly due to a shortage of propane for the blowtorch and broiled the crostini to melt the lardo. In retrospect we forgot one critical step – the toasts should have been crispy before going in the oven as the centers clearly were not able to toast under the sea urchin. However, if you do not have a blowtorch this is a completely valid strategy otherwise. 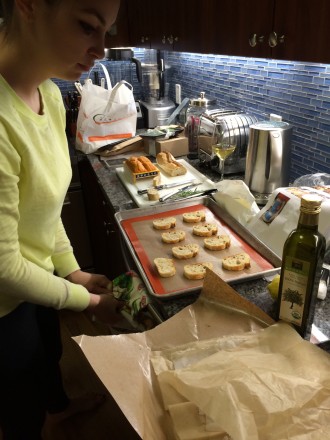 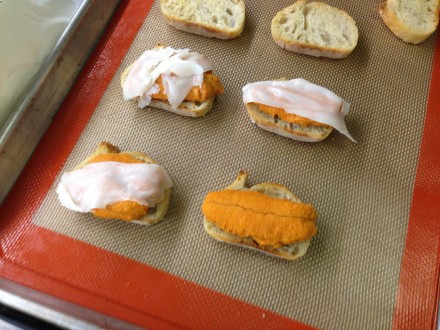 Draped in a Lardo Blanket

This is probably one of the best ways to enjoy uni because you really get the flavor of the sea urchin and the lardo adds another layer of richness. The bread does not do much but act as a vehicle and help to absorb the infusion of rosemary. 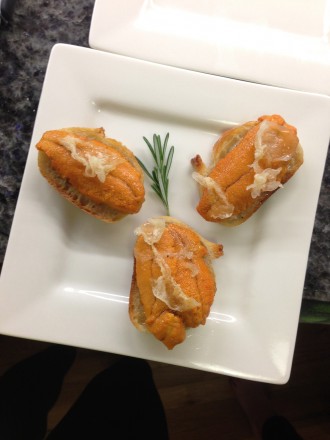 The pasta was insanely delicious – but I suppose that it would be very difficult to mess up a sauce made entirely of butter, uni and caviar. The uni and butter are blended together into a silky sauce as the pasta cooks. Once everything is hot it is combined in the pot. A squeeze of lemon helps to cut the butter and a few chives add a little greenery. 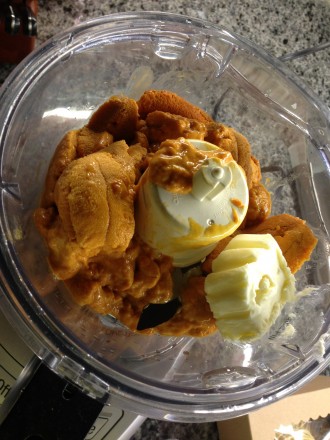 About to be Blended

Fortunately we had quadrupled the amount of caviar for the recipe because it is basically the only salt (besides the salted water for the pasta) in the dish. Of course this worked beautifully but if I were making the dish again I would add salt and more lemon to the sauce in advance. 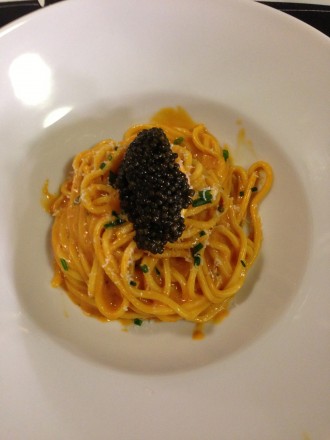 If you have as much of a passion for uni as I do I would highly recommend trying either (or both) of these recipes at home! 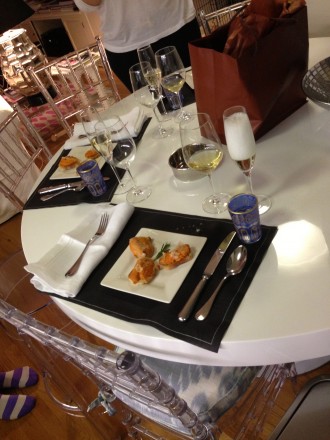 One response to “Cooking w/ THEPICURIST”