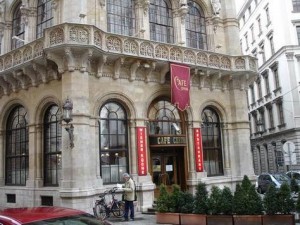 This summer I was very fortunate to be invited to a friend’s wedding in Vienna. Being a lover of travel I immediately accepted this once in a lifetime invitation and started planning a whole trip out of it with some of my best friends. We began the trip in Vienna for the wedding followed by a few days on the Amalfi Coast. Most of the two days we spent in Vienna were consumed with the wedding, which was quite the extravaganza. However, we did manage to sneak in a few cultural activities and meals.

My first meal in Vienna was lunch at Café Central where I met everyone immediately after disembarking my flight. The others had a slight head start on me and this was the perfect meeting spot between sessions of our guided tour.

The café is located in the former Bank and Stockmarket building in the Palais Ferstel (named after its architect). It opened in 1876 and throughout the early 19th century was one of the places to see and be seen among Viennese intellectuals. Today it is popular among tourists and locals alike.

The café has a grand feeling with high arched ceilings but not quite as over-the-top as the Baroque architecture which is found all over the city. 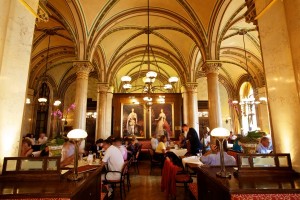 We ordered some lunch but were really interested in the dessert. Vienna is known for its desserts – and not much else in the culinary world except schnitzel.

I had a light chicken salad which was perfect for a light lunch…until completely thrown by the wayside for dessert. 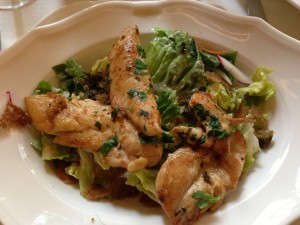 I also sampled a schnitzel which was about as light as a schnitzel can be and also, ironically, resembled the United States.

On to dessert. We ordered about half the desserts on the menu which were also beautifully displayed in glass cases at the center of the restaurant. I was only able to capture a couple of these beautiful creations before being destroyed by a shower of forks. 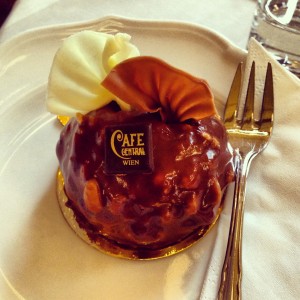 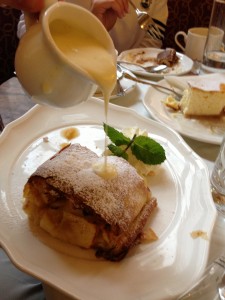 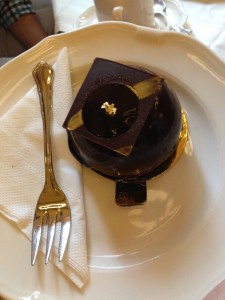 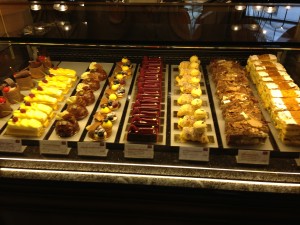 Café Central is a perfect spot to stop while sightseeing in Vienna and have lunch or even just dessert. 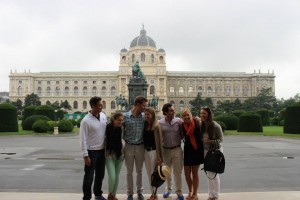 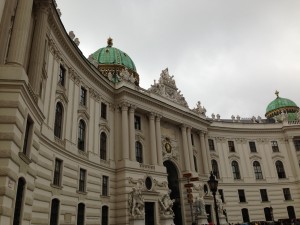