Super Linda is funky spot down in Tribeca that opened just over a year ago and has a lot going on theme-wise. It is a Latin inspired restaurant but has kind of Cuban vibe to it with lots of red tin and cozy booths. In the summer they like to pretend that the air conditioning (one single window unit) is working full blast but they aren’t fooling anyone. As you descend into the bar/nightclub portion it becomes increasingly more horse-themed with murals of horses running across them. The bathrooms have the names of show horses on each one. As you enter the second downstairs bar, it feels like the tidied up basement of a frat house on parents weekend. Somehow, given those involved in the creation of Super Linda, Matt Abramcyck (Warren 77, Smith & Mills, the former Beatrice Inn) and Serge Becker (Miss Lily’s, Lure Bar, La Esquina), this all comes together pretty nicely and it has been packed with reservations since it opened.

The meal begins with lots of fresh seafood – ceviches, oysters, etc. and Latin American dishes such as empanadas and arepas. Our first dishes were the ceviche verde, tuna tartare and scallop ceviche. The fish of the day for the ceviche verde was fluke with tomatillo, jalapeno and cilantro, tangy from the citrus, and it was absolutely delicious.  The tuna tartare was served in more of an Asian fashion with a soy based sauce and toasted hazelnuts and bits of cucumber. The scallop ceviche was also very good layered on top of some avocado with red onion, radishes and cucumber. 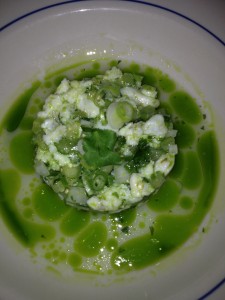 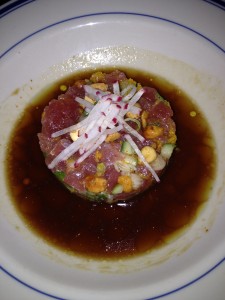 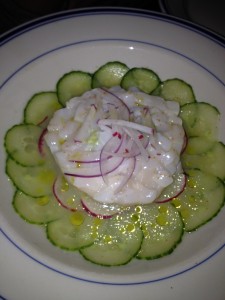 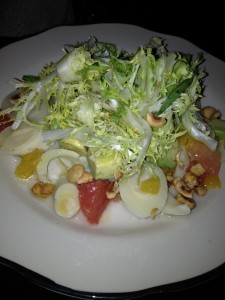 The favorite small plate was the crab tostada topped with pickled red onion and uni. A few of these would have made a very nice meal by themselves. 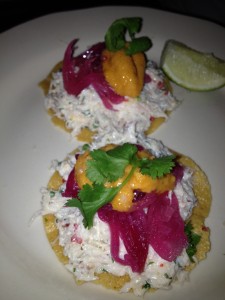 I split the ribs as my main dish because they were pretty big. The ribs were very good and tender but even better was what they were served on – fried brussels sprouts with tangy pickled pepper rings and topped with crispy panko breadcrumbs. These sounded so amazing that we ordered an extra side before knowing how much we were going to get. This was not a problem. 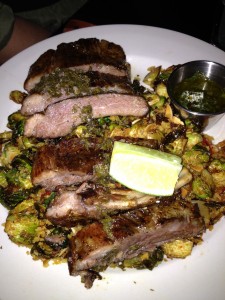 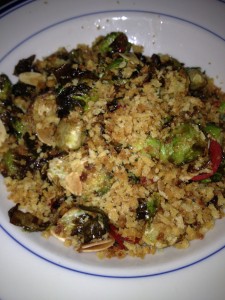 The least exciting dish by far was the red and green snapper. I actually read other reviews that said the same thing that I am about to say so maybe this dish is inherently flawed. The snapper was dry and bland and definitely the weakest link. 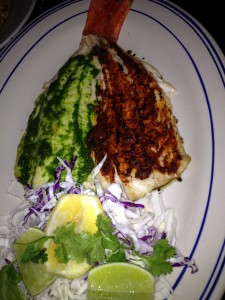 We ordered two desserts to share. The churros were excellent – crispy on the outside and chewy on the inside (I am not actually sure what the criteria for a good churro is). 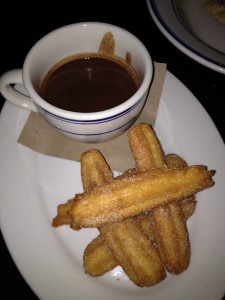 The other dessert, which seemed like a surprisingly excellent take on flan, was a caramel custard on top of a crispy meringue that had candied banana brittle poking out of it like a little Stonehenge. 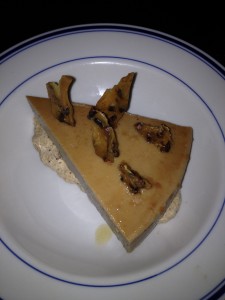 Super Linda is a great place for a double date or if you are feeling ambitious, renting out the entire space for a party.

Side Room. Photo Courtesy of: http://dev.thompsonhotels.com