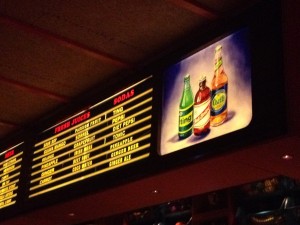 The whole Miss Lily’s experience starts right off the bat. When calling the reservation line, a recording of a super relaxed Jamaican lady makes you feel as if you’re being welcomed off the plane onto a small tropical island. This is all very comforting in the middle of the typical freezing NYC winter.

There has been a lot of hype about this upscale Jamaican dive on Houston, perhaps because a. the food is really good, b. it is an original concept, and c. the clientele is extremely diverse. People ranged from young to old and were dressed in everything from a mini skirt to a comfy pair of jeans.

They take island thing very literally…the staff is pretty low as one might expect to find in a little island shack of a restaurant and no one seems to be in too much of a hurry at all- well, in comparison to your typical NYC restaurant – but we still got our food in a timely fashion.

We started off with a cocktail at the bar before being seated. The drink menu includes all of the typical beverages you might find in teh Carribean- coconut water, fresh lemonade, and of course, Ting. I decided on the pressure drop (sake, lime juice and Kaffir lime leaves) although I wasn’t really sure why sake was on the menu. Refreshing nontheless.

We were very excited to try many things on the menu but settled on a few appetizers and shared two entrees.

Jerk Grilled Corn with toasted coconut: I was a bit skeptical on the corn because I imagined it would be too sweet with the coconut but it really was so delicious that not a single kernel was left to be found. This is a must-order. 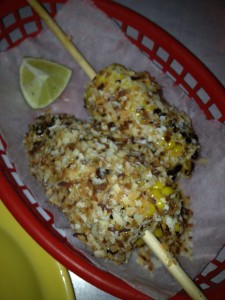 Ackee Dip and Plaintain Chips: This was recommended to us by the waitress but it was probably me least favorite dish of the evening. The chips were nicely done and were the right texture for dipping. The ackee dip was kind of like a light guacamole but definitely too salty. 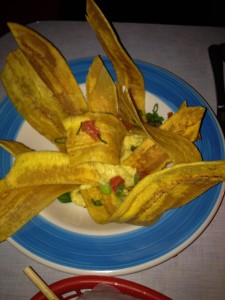 Jaquitos: There were three types of mini Jamaican tacos to choose from and we went with the curried lobster. A few small bites of lobster were  highlighted by a light curry seasoning in a soft taco shell. 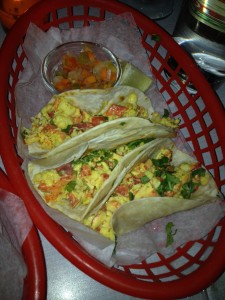 Grilled Pork Ribs: The big plate of pork ribs were deliciously glazed but could have been a bit more tender. 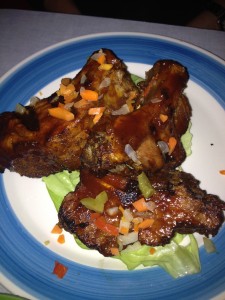 Jerk Chicken: The chicken was the star of the show- slow cooked and then grilled to ensure that it was tender and juicy but still had the spicy charred skin. It was served with a refreshing little side of marinated cucumber salad as well as a whole bottle of extra jerk sauce in case you’re really craving the heat. 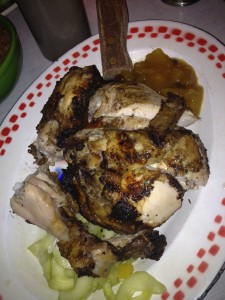 Despite the name the dessert menu is not actually very inspiring. They want to steer you in one direction only which is Miss Lily’s Banana Cream Pudding. The pudding was thick and delicious but you could have fooled me on the banana part. It tasted much more like plain vanilla. 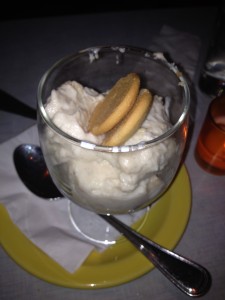 Miss Lily’s is a great place to have dinner on a date or to catch up with a friend in a casual setting with a lively vibe.