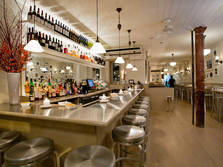 The Mermaid Oyster Bar is a cleaned up New York version of a seaside lobster shack. With three locations in different parts of the city one does not need to travel very far to get a decent lobster roll. The Oyster Bar is the more focused on the raw bar than the other two locations and also feels a bit more modern with whitewashed wood and white plastic chairs than the darker, more rustic sister restaurants.

A big platter of shellfish is a compulsory order at an oyster bar. We ordered several dozen for the table as well as a tuna tartare with avocado which was easily overshadowed by the big beautiful trays of chilled shellfish. 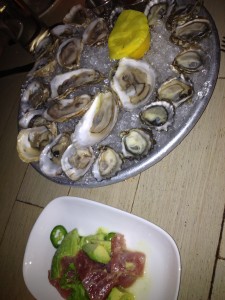 This is a pretty good lobster sandwich which they call the “nearly famous” lobster roll. I am not sure it will ever be red carpet status because it is on a hamburger bun (albeit a brioche hamburger bun) rather than a griddled, buttered hot dog bun. While this makes it easier to discard part of the bread for the carb conscious, it also means that a fork and knife are required to eat it. The sandwich is served with old bay fries which are always good. 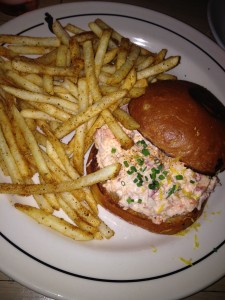 To add a bit of green to our briny, salty meal we also had brussels sprouts with marcona almonds and apple smoked bacon and some charred shishito peppers. 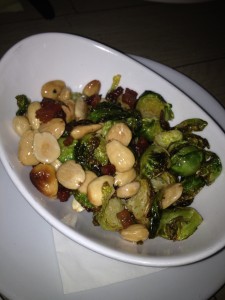 The whole ambiance is very charming at all of the restaurants but the nicest touch is the little dessert they bring at the end of every meal. A little chocolate pot-de-creme in an espresso cup topped with a little dollop of whipped cream arrives unsolicited with the bill. What also arrives with the bill is a fortune telling fish for everyone at the table – a creative touch.

The Mermaid restaurants are very cute and casual with reliably fresh seafood. 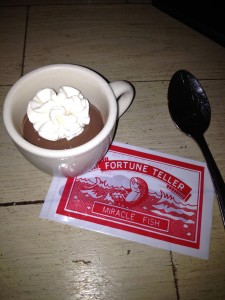