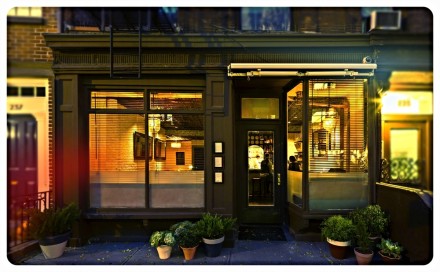 Wallflower is my new favorite spot to recommend to people when they ask me where they should go for dinner. It is a cute, low key hole in the wall with ridiculous cocktails and surprisingly good food. On top of all that, the service and friendly staff was some of the best I have encountered in a long time. That is always refreshing and especially in this city.

Wallflower opened just a few months ago in October and seems to be doing excellently well despite the lack of phone number to make reservations (I emailed them to get one – although now they appear to be on open table). I selected it for a date a few weeks ago because the space is intimate and romantic without giving the feeling that you are on top of your neighbors.

I expected great cocktails knowing that Xavier Herit, ex-head barman at Daniel, would be crafting them. But we were pleasantly surprised by how good each course was and I later found out that chef Jared Stafford-Hill previously cooked at Maison Premiere which is another one of my favorites.

I was torn between ordering a la carte or ordering the extremely comprehensive tasting menu because at just $65 per person, it’s a great value as you get (what seems like) nearly everything on the menu. We chose a la carte in the end because there were a few additional dishes we wanted.

As a vodka drinker I started with the delicious and slightly spicy “shush” cocktail – a pineapple and chipotle pepper infused vodka drink with lime juice, strawberry syrup and angostura bitters. 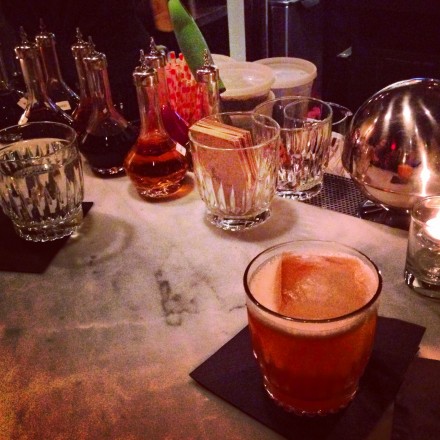 Our first small plates arrived – briney Island Creek oysters, the black bass crudo with matsu apple and seaweed, and chèvre with shaved breakfast radishes and basil. The black bass really stood out with its subtle and clean flavors. The chèvre cheese was smooth, creamy and bright with the basil oil. 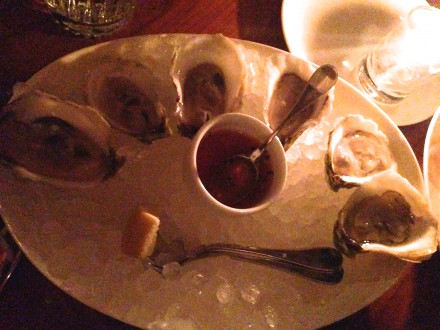 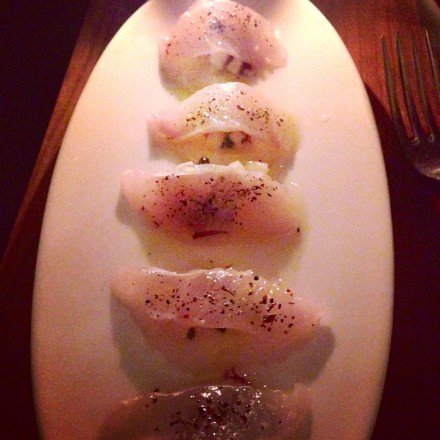 We were also given a small sample of the homemade ricotta with fennel and golden raisins which was also light and creamy but slightly more savory. 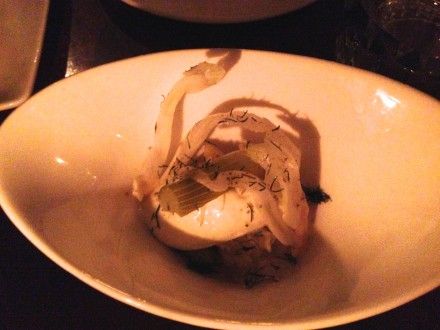 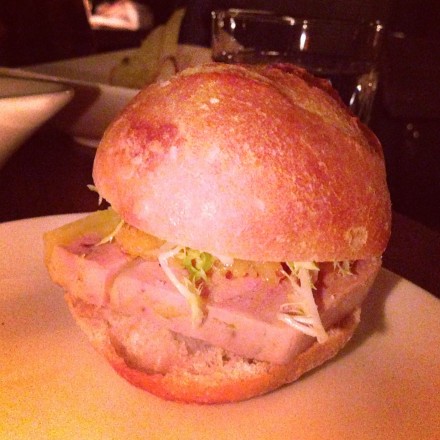 While you could easily get by on just the small plates, they do offer a few larger plates as well. We had the house made duck sausage – two juicy, gamey links atop some white beans. The fluke with chowder “jus” really impressed me with its refined flavor. It was incredibly light and the broth was thin yet multi-dimensional with tastes of shellfish and vegetables. 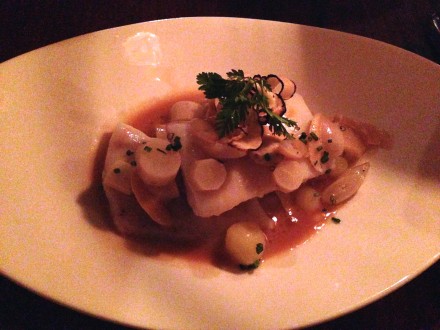 For dessert the brioche with pear confit and vanilla ice cream is a bit like a decadent French toast you might share at brunch. The sheep’s milk yogurt panna cotta came highly recommended by our waiter and rightly so. The slightly tartness of the yogurt is cut by the sweet and sourness of the kumquat confit. 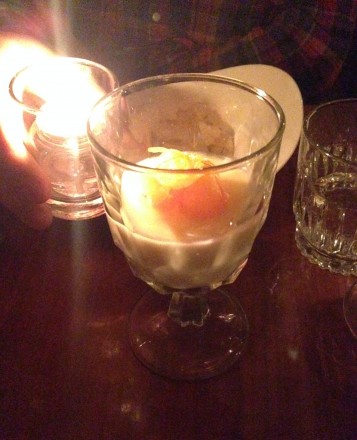 I highly recommend Wallflower for a casual meal, a date, or even just drinks.