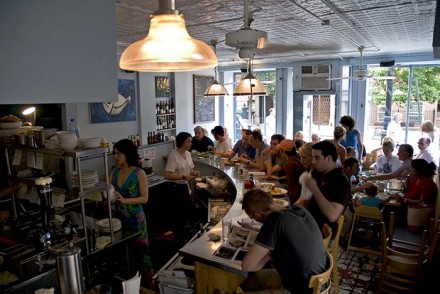 On the one randomly warm, sunny day amidst this brutally frigid winter we have had in New York, I was meeting a friend for lunch. I serendipitously stumbled upon Mary’s Fish Camp – no line, no wait, just walk right in. What was going on?! As it turned out Mary’s had just reopened that very day from some sprucing-up renovations and their credit card machine was down for the day. In this plastic-fueled city, no credit card machine means no business. For whatever reason I happened to have some cash on hand and called my friend to join me right away. We took our seats at the bar and debated how many dishes we could realistically tackle.

Mary’s has been in the conversation for some of the best casual seafood the city has to offer.  Even with their recent renovation, the feel is pleasantly divey like a roadside shack you might find in an East Coast beach town.

We settled on three dishes – the lobster roll (duh), fish tacos and the shrimp sandwich.

The lobster roll is served about room temperature (I prefer this or hot to chilled). The dressing is not overly mayonaisey but rather, more like a creamy sauce with hints of citrus and chives. The bun was bit stale but I’ll cut them some slack for just having re-opened. It was served with a gigantic mountain of shoestring fries that were crisp but not overly crunchy (a pet peeve of mine). Overall, a pretty solid lobster roll. 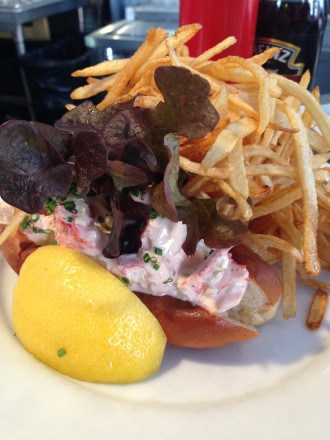 The fish tacos were much larger than expected and come two to an order. They are served Baja style with habañero lime yogurt and frijoles charros. The flakey white fish was lightly fried with a good amount of toppings and sauce without being overwhelmed by them. This is a fish taco, not a taco with fish. I do not love black eyed peas so left those aside.  A good order for sure. 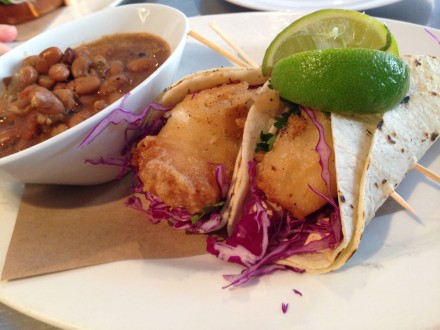 Last was the shrimp burger with sambal lime aioli and daikon slaw. This is an excellent sandwich. It had a bit of a bánh mì feeling to it with the fish flavor, cilantro and slaw. The burger was mostly shrimp rather than breadcrumbs or other ingredients and the slaw added cool freshness. Cilantro always brightens a dish for me so I liked that component as well. The burger was served with charred shishitos peppers on the side. Also a great order. 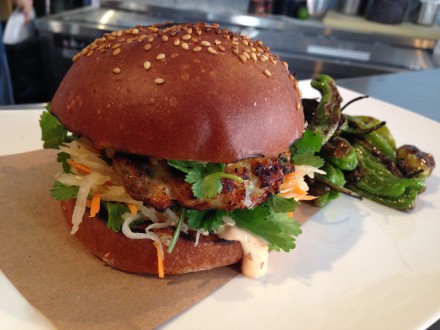 Mary’s fish camp is no doubt some of the best seafood in the city. On a sunny day I would not hesitate to put my name down for a wait.