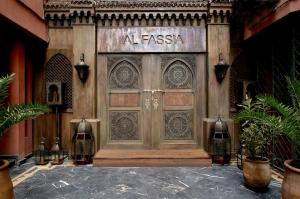 I was admittedly quite surprised at how progressive Morocco is in their treatment and views of women. There were many female-run businesses such as Berber communes for women who make special crafts such as argon oil or woven kilim rugs as and sell them to sustain themselves. These women either were never married or are divorced looking to remarry. The vast majority of people living in morocco are Muslim but women have complete freedom in how they choose to dress. Most women are still completely covered head-to-toe but many women in the younger generation have adopted more modern styles.

The first restaurant that we went to for dinner was universally recommended by everyone we had surveyed and the food did not disappoint. Al Fassia is run by a collective of women who do everything from the cooking to the management of the restaurant. 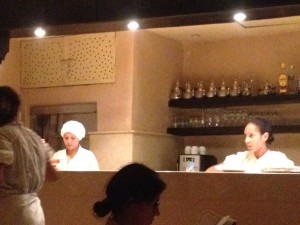 Women in the Open Kitchen

We started the meal with two dishes. The first was an assorment of small pastries full of vegetables and meats. Moroccans love to cook with a mix of sweet and savory so you really don’t know what you are going to get. 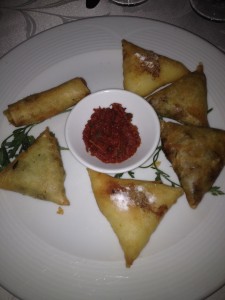 The next dish was by far the best traditional dish we had the entire trip and it is a perfect example of mixing sweet and savory. Pastilla is a dish that is traditionally made for special occasions such as weddings and baptisms. It is made with either chicken or pigeon wrapped in a phyllo pastry and then dusted with powdered sugar and cinnamon. As a New Yorker the image of eating a pigeon can be a bit scary but the flavor the fowl is truly unparalleled. Anyone visiting Morocco must have a pastilla.

The other dish that came highly recommended was the lamb shoulder for two. This dish was beyond tender and the juices from meat created a thick glaze and locked in all the flavor. There was absolutely nothing left on the plate. 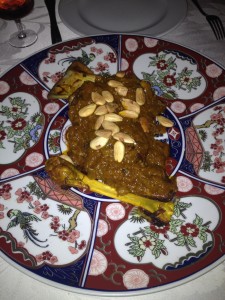 We also shared a traditional chicken tagine which is often prepared with preserved lemons and olives. The style of tagine cooking also truly seals the flavors and juices into whatever is placed inside it-  an earthen pressure-cooker of sorts. 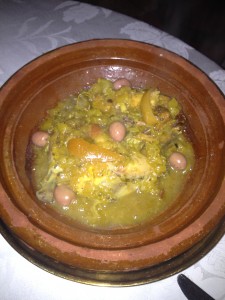 On the side we ordered a Berber tagine which essentially means a vegetarian tagine. This is normally served on top of a neatly formed pile of couscous. 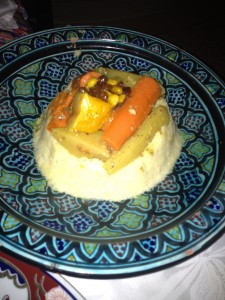 For dessert (still on vacation…) we had a traditional dish which is like a giant crispy crepe topped with nuts. The pastry is broken into pieces and served and then a sweet creamy sauce is poured over the top. The best way I could describe this sauce (at the risk of insulting the chefs…) is sweetened cereal milk. Absolutely delicious and not too much at the end of a pretty heavy meal. 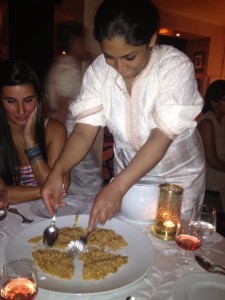 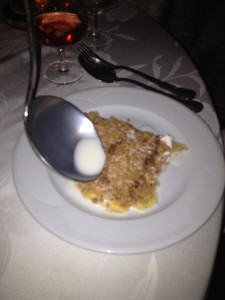 The exchange rate definitely worked in our favor and this incredible feast ended up being one of the most affordable of our trip as well.

I am listing Al Fassia on my Epic Picks list for the pastilla and lamb shoulder dishes. 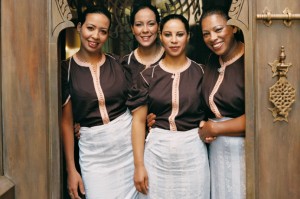